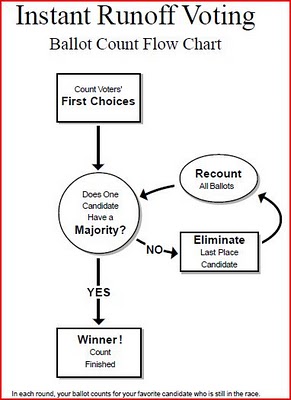 Saturday, February 26th, across the nation, citizens, workers (unionized and non-unionized) stood in solidarity with public employees and union members in Wisconsin. They are fighting to retain their rights to collectively bargain with the state for wages and benefits. In attendence was our own Paul Hughes (head of the Northern Virginia Green Party) along with his granddaughter, Sierra. It was Sierra’s first public rally, and a great way to see democracy in action.

The Green Party stands in favor of the right of workers to freely organize unions, have a safe workplace, and to be treated and compensated fairly in exchange for their expertise, time, and labor. A vibrant, just, and sustainable economic system cannot exist without workers protections.

Unions – what have they done for you? They brought you:

The Richmond Times-Dispatch covered the event. Their article can be found below, and by clicking this link.

Chanting “the workers united will never be defeated,” several hundred union advocates rallied at the state Capitol on Saturday to support their Wisconsin counterparts.

They railed against what they view as an attack on the middle class and workers’ rights in Wisconsin, where Gov. Scott Walker is trying to curb collective-bargaining allowances for public employees. Walker also wants workers to pay more toward pensions and health-care costs to help alleviate budget troubles.

“I say we can not, should not, and will not balance the budget on the backs of the middle class,” said Richard Hatch of the Communications Workers of America, Virginia council.

“Pensions are deferred compensation,” he said. “They are not taxpayer handouts.”

Gov. Bob McDonnell has come to Walker’s defense, saying states must make tough choices to balance their budgets. McDonnell is also seeking changes to the Virginia state employees’ retirement system, and has asked the legislature to require workers to contribute 5 percent into their plans and receive a 3 percent salary increase.

The crowd waved signs like, “In the Confederacy, stand with the unions,” and “corporations are not people,” while some signs targeted the politically active billionaire Koch brothers — “VA GOP: Addicted to Koch too!”

The afternoon Save the American Dream rally in Richmond was part of a “national day of action,” with events held across the country. Richmond’s rally was organized in part by the liberal MoveOn.org political action committee and labor groups.

Rabbi Ben Romer of Congregation Or Ami told those gathered that “all budgets are moral documents.”

And now, some pictures:

A diverse crowd of 350 people standing strong for workers rights.

One of the signs reads “Corporations Are Not People ” – important to remember. The Northern Virginia Green Party puts people first. We do not accept ANY donations from corporations, political action committes, or unions.